Solitary Confinement is not Torture 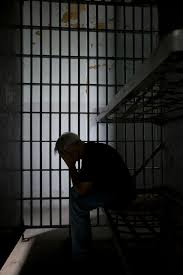 “...and the winner is...”When those words were uttered at the Academy Awards sunday, we knew it would not be, “Zero Dark Thirty” in part due to the increasing criticism that the film, although critically acclaimed,  condoned the torturing of terrorists after their initial capture.
Whether the methods used were enhanced interrogation techniques necessary for the prevention of future attacks, or some barbaric dehumanizing treatment of wayward souls
is the questioned much debated in the public forum with little agreement as to a solution that is
both effective and humane.  Those conversations take place at the water cooler and in the halls of Congress stimulating a wide range of responses.
The cry going forth on one side often warns that if we torture,  we will become like the terrorist, reflecting the admonition of the German philosopher Friedrich Nietzsche; “Whoever fights monsters should see to it that in the process he does not become a monster.”
And make no mistake about it, those who fly planes into buildings or encourage others to blow themselves up as a service to god, are in fact monsters.  They care not for the innocent.
What then, should we coddle them, smother them with our kindness and hope that they will
change.  Those that think that may be the most naive.
Others respond rather callously ; “kill them all and let God sort them out.”
Neither position is realistically an effective means of dealing with the issue.
What is a viable solution for captured and convicted terrorists is solitary confinement, an often enigmatic technique used by prison administrators in the daily operation of correctional systems.
It is perhaps the most misunderstood treatment.  Conjuring up visions of Alexander Dumas’ “The Man in the Iron Mask”  or Steve McQueen’s portrayal of Henri “Papillion” Charriere in the French Penal Colony of Devils Island.  We see individuals living in squalor, in dark dungeons, forced to subsist on a diet of cockroaches, spiders and other creeping creatures, going mad with
the absence of another human being to talk to.  Is this an accurate description?
George Will, whom I admire as a gifted and eloquent locutioner and journalist, got it wrong in his recent article on the subject of solitary confinement.  He wrote that solitary confinement is cruel and unusual punishment, a form of torture.  He cited the Supreme Court case of James J Medley, a convicted murder who was kept in solitary confinement awaiting execution in 1890 in Colorado.
This was the definition of  solitary confinement then; “...and no person shall be allowed access to said convict, except his attendants, counsel, physician, a spiritual adviser of his own selection, and members of his family,”.   Justice Bradley in writing the opinion expressed his view that these conditions of confinement for Medley were a form of torture.  But there was not unanimous agreement on the issue.  In fact the dissenting judge in the case,  J Brewer, went on to say;  ”it seems a misnomer to call this 'solitary confinement,' in the harsh sense in which this phrase is sometimes used. All that is meant is that a condemned murderer shall not be permitted to hold anything like a public reception...”
And in part because of the disagreement of whether or not solitary confinement was torture, a convicted murder was set free.
And now one hundred and twenty three years later, we’re still trying to come to grips with the issue.
In modern correctional settings, solitary confinement is not social deprivation.  It is a managed social setting controlled not by the criminal or in this case the terrorist, but by prison administrators following generally accepted standards.  And those conditions are anything but torture.
You can read the Bureau of Prisons guidelines
for operating a Special Housing Unit, which by the way is the proper name for those sections of a prison where inmates, who are a threat to other inmates or the general public, are held.   On the statewide level many correctional agencies follow the guidelines set forth by the American Correctional Association for the operation of these special units.  I can tell you as one who has both worked in, and toured these units, the
inmates residing in them are not living in solitude.  They have access to library services for reading material.  They are served a wholesome and nutritious diet, not swill. They are visited daily by security staff, medical staff, counseling staff, clergy, and administration staff.  They just don’t get to pick and choose who they want to see or call or socialize with.
But that in a sense is one of the purposes of prison, removal from society at large.  Prison is not supposer to be a pleasant place.  Humane yes, but enjoyable, no.  Inmates will always complain about their conditions.  In the Netherlands, where inmates have private cells with television, some would consider it torture to take away the convict’s TV for disciplinary reasons.  That type of incarceration is a far cry from life in the first  New York state prison, Auburn,  described thusly,
“ Auburn is the oldest existing State correctional facility. It was built to relieve overcrowding at Newgate Prison in New York City and received its first inmates in 1817. The "Auburn System" included separate confinement of inmates, congregate work during the day, enforced silence, lockstep walking, striped uniforms, and the use of the lash as punishment.”

Conditions have drastically changed in the almost 200 years since and no one is suggesting a return to the “good old days.”
What then do you do then with those who, even in the prison society, can still inflict death or destruction to others?
Those you must isolate even from the general prison population.
Is that wrong?  No.  Is there a danger posed by allowing terrorists in prison to move about within the confines of the wall as they will?  Emphatically yes!
This week we remember the twentieth anniversary of the first World Trade Center Bombing which killed six and injured more than one thousand.  One of the architects of that heinous crime
was an inmate in Attica State Prison, El Sayiid Nosair.  In 2004 Kevin James, an inmate in California’s New Folsom Prison, not only formed a terrorist group, Jam’iyyat Ul-Islam, but oversaw the operation of the group, which included plots to attack US military installations, from his prison cell.  Both individuals cited used the privileges afforded them in the general prison population to reach beyond the walls and harm others.
Others have , as in the case of inmate Abdel Zaben, a member of Hamas who had sworn allegiance to Osama bin Laden, and was serving time in a New York prison for kidnapping, used their stature in the prison community to recruit others to the cause.
A terrorist is not rendered harmless when captured or confined.  Where he can he will act, when he can’t he will influence.  For the true jihadist the war doesn’t end when captured.
Initially it was thought that placing special conditions of confinement or Strict Administrative Measures (SAMs) as they are officially called would be an effective way of neutralizing
incarcerated terrorists.   That has been challenged in recent years in the courts.  Recently John Walker Lindh won a case against the Bureau of Prisons by challenging his conditions of confinement when he requested to meet five times a day with other radical islamic inmates.
Khalfan Khamis Mohamed,convicted in the 1998 bombing of the American Embassy in
Dar es Salaam, Tanzania, currently serving a life sentence in the Supermax Prison in Florence, Colorado, has file a writ to be restored to the general prison population saying that he has changed in the 15 years of incarceration and is no longer a threat.  What he fails to mention in his brief filed in federal court is that in 2000 while in the Metropolitan Correctional Center awaiting trial, he and his co-defendant Mamdouh Mahmud Salim brutally assaulted Correction Officer Louis Pepe with a jailhouse shank and scalding hot liquid causing a permanent brain injury to the guard.  No longer a threat?  I think not.
And now Ramzi Yousef, the mastermind behind the 1993 bombing of the World Trade Center as well as the Bojinka plot to blow up eleven commercial airlines with passengers, in custody since 1995 has petitioned the federal court to be released from solitary confinement and restore certain
prison privileges that were taken away.
This is the same individual whom the sentencing Judge Kevin Duffy described as “"an apostle of evil" and "a virus that must be locked away."   Viruses we quarantine until there is a cure.  I for one still believe  that Ramzi and his uncle Khalid Sheik Mohammad, mastermind of the 9-11 attacks, still pose a threat to the health of this nation.  And when contemplating how to effectively deal with captured terrorists I’m reminded not of the words of Nietzsche, but of a line in a Tom Waits song, “you gotta keep the devil down in the hole.”


Posted by Patrick Dunleavy - Author at 7:47 AM No comments: