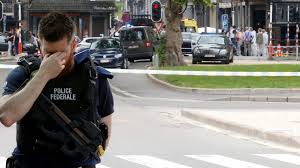 
Posted by Patrick Dunleavy - Author at 1:48 PM No comments: 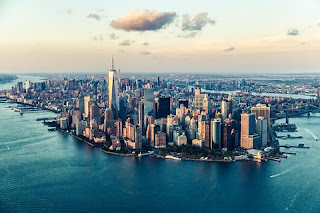 What happens when a terrorist is released from prison? Without a viable post-release program, terrorists who complete their sentences could just be dropped off at a gas station and told to take a bus somewhere. That’s exactly what happen to Shaker Masri after serving seven years in prison for attempting to travel to Somalia and join al-Shabaab, an Al Qaeda affiliate. If that is not alarming enough consider that domestic terrorist Herman Bell, responsible for killing two NYPD officers and a SFPD Sergeant, is a free man, walking the streets. And if a New York judge has his way, fellow terrorist Judith Clarke will be free as well. This raises an increasingly important question:
How many more convicted terrorists are already out there?           Current law requires that a community be alerted if a convicted sex offender, is released but keeps citizens and local law enforcement in the dark when a convicted terrorist is set free in that same community.                                                                                  Since 2001, approximately 300 convicted terrorists have been released. Where are they now? How many have re-offended? We simply do not know, and within the next two years, more terrorists will be released including American Taliban John Walker Lindh, and Kevin James, who plotted to attack military institutions and Jewish religious centers. Creating a national terrorist offender registry that would take the information from all participating criminal justice agencies and placing it in one repository within the FBI’s National Crime Information Center (NCIC), which currently manages the National Sex Offender Registry, would be a viable solution to the current problem.
Read more in Fox News...
Posted by Patrick Dunleavy - Author at 9:59 AM No comments: