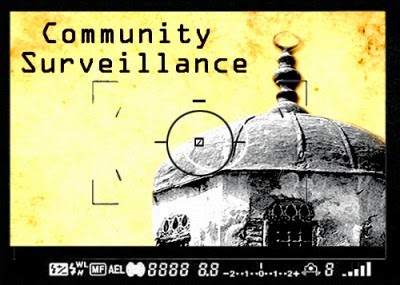 In a move designed to placate a small minority of New York City residents, the NYPD announced that it was disbanding its Demographics Unit.

The unit, which was a small segment of the NYPD's Intelligence Division, came under fire following a series of articles published by the Associated Press using leaked documents showed widespread surveillance of Muslim communities in New York and elsewhere. Following the articles, several Muslim activist groups protested against the NYPD's Counter Terrorism strategies.

What came next was a series of lawsuits filed by "victims" of the Department anti-terrorism policies.
The "victims" claimed that the NYPD program had "caused a series of spiritual, stigmatic, and pecuniary losses." The last being better translated as monetary losses.

But what had the unit actually done to deserve such castigation? It collected open source information of various neighborhoods in the greater New York area – i.e. "demographics" – where it was believed the greatest likelihood of Islamic terrorists would seek to assimilate themselves while plotting terrorist acts.

This belief was not based on conjecture but on solid precedent. In the late 1980s and early 90s, a small group of Islamic terrorists congregated in several area neighborhoods and frequented a select group of mosques that were in alignment with their radical theology.
The result was the first World Trade Center bombing on Feb. 23, 1993. The investigation into that attack uncovered an additional plot to blow up several national landmarks in the New York area, including the Statute of Liberty. John Miller, the new Deputy Commissioner of Intelligence for NYPD knows these facts. He wrote about them (in part) in his book, "The Cell: Inside the 9/11 Plot, and Why the FBI and CIA Failed to Stop It."
But in comments reported this week regarding the disbanding of the unit, he said the unit wasn't necessary and that the police did not need to work covertly when it comes to gathering information on a specific group.

If that is true, then the next NYPD unit that could be disbanded is the Organized Crime Control Bureau (OCCB). Formed in the 1970s, the OCCB has had enormous success against the Italian Mafia, "the Westies" of the Irish mob, Chinese Mafia, East German Mafia, and Russian Mafia and Colombian Drug Cartels using similar techniques and strategies as that of the Demographics or Zone Assessment unit. Those include surveillance, mapping, infiltration, use of informants, and covert operations.

Such a move by the Police Department would be deemed ridiculous. Is terrorism any less a threat to the city than organized crime?


The mayor and the department should listen to the entire New York City community and not a select few, or those who cry the loudest...... Read more

Posted by Patrick Dunleavy - Author at 12:53 PM No comments:

An interview with Patrick Dunleavy, author of  "The Fertile Soil of Jihad: Terrorism's Prison Connection."
BY RYAN MAURO
Tue, April 1, 2014

Ryan Mauro: We recently wrote about Dar al-Hijrah, an extremist mosque attended by three of the 9/11 hijackers, has engaged in prison outreach in Washington D.C. for 10 years. Based on your experience, is this an oddity or are Islamist extremist groups commonly given that access?
Patrick Dunleavy: No, I do not find it to be an oddity. On the contrary, it is quite common. For years, the Graduate School of Islamic and Social Sciences in Ashburn, V.A. provided funding, training and literature to correctional institution imams, under the direction of Dr. Taha Jabir Alalwani.
He was also at times the head of the Fiqh Council of North America.Before coming to the United States, Alalwani was a professor at a state-run Wahhabi university in Saudi Arabia. He worked closely with Warith Deen Umar to see that literature, clergy and visiting speakers adhered to a strict Wahhabi/Salafist form of Islam.
Umar was a former New York State inmate who went on to become the head of Islamic Affairs for the New York State Prison’s Department of Ministerial Services. He was also the founder and head of the National Association of Muslim Chaplains, the chief certifying body of Islamic clergy in the prison system. He was later caught justifying the 9/11 attacks and terrorism to prison inmates.
Mauro: How does this happen? Is there not a vetting process for these groups and preachers that are given access to inmates?
Dunleavy: The reason this continues is that, contrary to the Department of Justice Inspector-General’s recommendation for a certifying body for the hiring of Islamic clergy, there remains a vacuum in the certification process.
The Council on American-Islamic Relations (CAIR) has sought to fill that void, but the FBI has refused to endorse CAIR and no longer works with CAIR on outreach because of its background.
Mauro: There was a study done by a Sufi Muslim a few years ago that found a stunning number of videos and books by Islamist extremists in prison libraries. Is there any process in place that can be used to get them removed?
Dunleavy: In regards to the literature, there is a two-fold problem.
One, in my opinion, is the Religious Land Use and Institutionalized Persons Act (RLUIPA) enacted by Congress in 2000 and its predecessor, the Religion Freedom Restoration Act (RFRA) of 1993. In essence, these allow for literature for various forms of religion practiced in correctional settings, including Wahhabism.
Note that this is the same law cited by John Walker Lindh, the American Taliban, in his successful lawsuit against the Federal Bureau of Prisons to relieve certain security conditions of confinement imposed on him.
The second part of the problem is the lack of understanding by some correctional officials as to the radical theology of certain forms of Islam. Without that knowledge, they lack the ability to discern between literature calling for a holy life and literature calling for jihad against infidels.
Mauro: Bert Useem’s research in 2008 concluded that “the rate of prison radicalization is not just low but falling.” How do you respond to detractors that believe the threat of prison radicalization is grossly exaggerated?
Dunleavy: Bert Useem’s research in 2008 was flawed both in its methodology and its findings.
In 2011, Mr. Useem appeared along with myself at the House Committee on Homeland Security hearings on Islamic radicalization. During questioning from Rep. Thomas Marino from Pennsylvania, Useem acknowledged that inmates are not “overly truthful when interviewed and have a tendency to tell the interviewer what he wants to hear.”
He also agreed with Rep. Marino that a committed jihadist would never admit if there was a recruitment mission in the prison system. Useem relied extensively on inmate interviews conducted by him and others for his findings.
But more importantly, coming on the heels of Useem’s published work in 2008 was the May 2009 arrest of four former New York State inmates for terrorism. The four—James Cromitie, Onta Williams, David Williams and Laguerre Payen—conspired to shoot down military aircraft and bomb Jewish synagogues in the greater New York area.
The most interesting aspect of this group was that the four had never actually met in the state prison. It was after their release when they met at a mosque, Masjid al-Ikhlas, in Newburgh, New York, that had a post-incarceration program for inmates.
The mosque was founded by Warith Deen Umar. At the time of the subjects’ arrest, at least nine of the members of the mosque who had leadership positions were also employed by the prison system as chaplains.
This case was an example of the radicalization process that had begun in the prison being brought to fruition after the suspects’ release. Mr. Useem’s study never focused on post-release radicalization or the maturation process necessary to groom a terrorist.

Posted by Patrick Dunleavy - Author at 1:39 PM No comments: