In a recent interview with the Jerusalem Post,
New York City Police Commissioner William Bratton defended the right for police to ask pertinent questions to arrestees.  This comes on the heels of a recent New York Times article criticizing the PD for asking Muslim inmates if they had specific knowledge of  possible criminal activity, including terrorism that they would be willing to divulge to the police.

In response to the accusations of a prejudicial policing policy when it comes to Muslims, Bratton stated that the technique is " an essential element of policing."

He went on to say, "I created this policy back in 1994, in New York City last time I was commissioner, where every person arrested was interviewed by detectives about not necessarily the crime they committed but do they have information about other crimes and is there an ability to develop these people into confidential informants,”

The Commissioner's position was further reinforced by his Deputy Commissioner for Intelligence and Counterterrorism, John Miller.   Miller, sitting along side Bratton in the interview stated;
" I think the basic tenet of policing is that when you take people into custody, you try to get information from them. This is how we take guns, this is how we seize narcotics, this is how we solve murders every single day. In the area of counterterrorism, this is how you are going to gain insight and visibility where you would otherwise have very little.”

One terrorism expert compared the comments made by the Commissioner and his Deputy to a recent article in the New York Post by the author of "The Fertile Soil of Jihad" saying: "Bratton's comments underscore what Patrick Dunleavy pointed out... Using suspects to try to learn about other crimes and conspiracies is an everyday police practice, has been for years, and simply is common sense."

Now if only the New York Times would agree...but that maybe asking to much

Posted by Patrick Dunleavy - Author at 1:58 PM No comments: 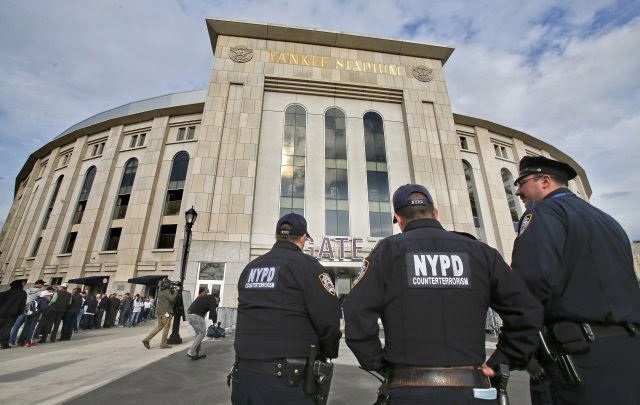 There are numerous examples of successful cases where terrorist acts were thwarted due to intelligence gathered from speaking to an individual in jail.
READ MORE...
Posted by Patrick Dunleavy - Author at 4:04 PM No comments: