The Face of a Terrorist: Radicalization and the Social Media 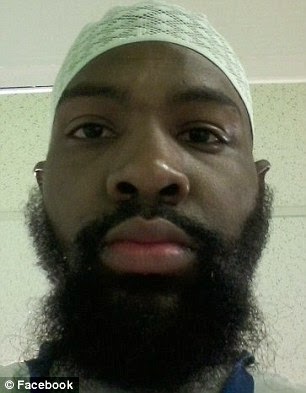 The family of Oklahoma beheading suspect Alton Nolen has expressed shock at how the ex-con raised in a Christian home could have committed such a gruesome crime, but experts say he fits the profile of a growing number of jihadists....

Law enforcement authorities have said Nolen viewed the group’s grisly videotapes showing the beheadings of American journalists James Foley and Steven Sotloff, and his Facebook page included a picture of a beheaded victim.

“These images and social media messages are extremely powerful,” said Patrick Dunleavy, former deputy inspector general of the New York State Criminal Intelligence Unit and author of the 2011 book “The Fertile Soil of Jihad: Terrorism’s Prison Connection.”. “In the past, we thought of terror groups in terms of cells, or handlers who coordinated attacks. But they no longer need handlers in direct contact to bring the crazy guy along and convince him to do their will. They can do it online and unilaterally."

Arnett Gaston, a professor of criminology at University of Maryland and a former commanding officer at New York’s Rikers Island jail, said inmates who find faith while doing time have historically changed their lives for the good and been a positive influence in prisons. But Gaston acknowledged that terrorist groups are targeting young Muslim converts, and law enforcement must take the issue seriously.