The Theater of the Absurd: Now Featuring 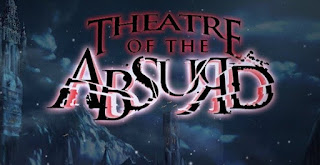 Jihadists taking acting lessons, basket weaving for bombers, macramé for terrorists and other ridiculous prison programs reveal the lack of a viable de-radicalization program for convicted terrorists. This theater of the absurd will soon have a new actor if convicted Islamic terrorist Ahmad Rahimi has his way. Rahimi has asked to be allowed to take a variety of prison programs while serving a life sentence for setting off several bombs in the New York-New Jersey area in 2016. He has been taking a drama class while in Manhattan's Metropolitan Correctional Center, his lawyer Xavier Donaldson told U.S. District Judge Richard Berman. He would like to continue to pursue this and enroll in several other educational programs in business and enterprise risk management. Unfortunately, that's not all he's been doing in MCC. Rahimi has been radicalizing other inmates to his jihadist cause in the prison mosque. He also has shared instructions on how to build an improvised explosive device with his fellow inmates. Realizing that, as the prosecutor in his case wrote, Rahimi "continues to attempt to wage jihad from his prison cell..." What prison rehabilitation program would best address his situation?               The stark reality is, there is none.
A recently released study from George Washington University's Program on Extremism stated just that. The study went on to warn that the continued failure to have an adequate de-radicalization program would only increase the threat of radicalization in prison.     Read more...
Posted by Patrick Dunleavy - Author at 1:37 PM No comments: