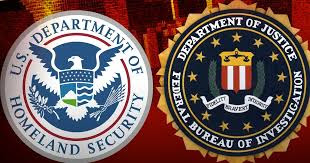 A bill that passed the U.S. House on September 12th of this year would create a vital tool to help the United States track dozens of convicted terrorists whose prison terms are nearing completion. The Terrorist Release Announcements to Counter Extremist Recidivism Act (TRACER) would direct the Department of Homeland Security (DHS) and the Department of Justice (DOJ) to inform state and local authorities about anticipated release dates and the locations where the terrorists would live post-release. "TRACER would actually do the same thing [as a sex offender registry] and be providing notification that someone has been released," said According to House Homeland Security Committee Chairman Michael McCaul, R-Texas.
The bill passed on a voice vote which may indicate strong bipartisan support.  However it has not been without its naysayers. Karen Greenberg, director of Fordham University's Center on National Security, demonstrated her naïveté when she said, "I do not distinguish them [terrorists] as any more dangerous than other people who might have been apprehended before they committed a crime or people who were convicted of committing a crime."                                         To think that an individual who indiscriminately mows down innocent pedestrians on a New York City walkway or who travels overseas to join a terrorist organization and fight against U.S. coalition forces is no more a threat to society than a third rate burglar or confidence artist is, in a word, absurd. Thankfully, House members did not agree. A companion bill in the Senate is awaiting action in the Committee on Homeland Security and Governmental Affairs. The very real threat of recidivism by a released terrorist or a prison-radicalized parolee must be dealt with effectively and the Tracer Act is a step in the right direction.
Read the complete article...

Posted by Patrick Dunleavy - Author at 1:56 PM No comments:

When a person attempts to join, or declares allegiance to an international terrorist organization that has declared war on the United States and Western democracies, are they a common criminal or do they become enemy combatants? Should they be isolated from other inmate, housed in a maximum security prison, treated humanely, not tortured or abused, but not released until the hostilities are over or the enemy has surrendered?                             In the case of Ali Saleh, who was arrested in 2015 for providing material support for a terrorist organization it would seem the war has not ended.  He told authorities,
"I am ready to die for the Caliphate, prison is nothing."

His words were not the idle braggadocio of a wayward youth. Less than two weeks before his guilty plea, Saleh plunged a shank into a correction officer at the Brooklyn Metropolitan Detention Center, reportedly smiling as he did, telling the wounded officer, "I hope you die."

For Islamic Terrorists Jihad Doesn't End When Jailed            Read more in IPT News...
Posted by Patrick Dunleavy - Author at 9:15 AM No comments: