Terrorist's Prison Release Shows How Unprepared We Are 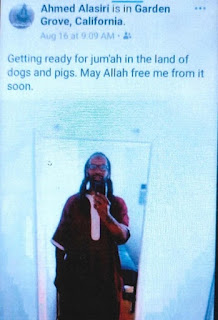 Kevin James convicted for plotting a series of jihadist attacks against United States military targets and Jewish synagogues was released from prison early and authorities were not prepared for the consequences. Prosecutors and probation officers are asking a federal judge to impose restrictions on James while he is on probation. Those restrictions include an electronic monitor to track his movement and the power to search him, his home, and his belongings at any time without a warrant.  James's case represents an emerging challenge law enforcement faces as dozens of people convicted of terrorist crimes since the 9/11 attacks complete their prison sentences. Unlike sex offenders or domestic violence offenders for whom Congress has enacted specialized mandatory conditions of supervised release, there are no uniform standards for restrictions on a released terrorist during the subsequent probationary period. And there is no notice given to local communities, alerting them when a terrorist is released.
Read More in IPT News...
Posted by Patrick Dunleavy - Author at 10:33 AM No comments: 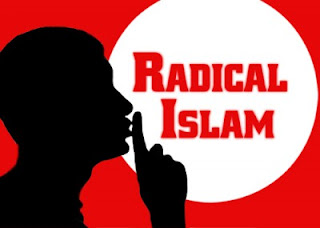 Word substitution can be a fun parlor game, but when it comes to defining terrorism it can be both confusing and dangerous. As we remember that dreadful day 18 years ago on September 11th, some have attempted to change the story of what happened and who was responsible.  Conflicting narratives harm the public's perception of what motivates terrorist acts. It obscures the lines that differentiate between violent acts in which the motives remain undetermined, like the Las Vegas shooting, and directed attacks with specific agendas. On 9-11 our nation was attacked and we know who did it.
Think about December 7th, 1941, "a day that will live in infamy." To this day we still acknowledge that it was the Japanese who attacked Pearl Harbor. We don't say, "Well maybe this offends the people of Japan, so let's change the narrative to a more palatable term."

September 11th should be the same. We were attacked by radical Islamic terrorists, not violent extremists.

Words matter when it comes to countering the threat and assigning responsibility.

Changing the name accomplishes nothing other than dishonoring the memory of the victims.
Read More in IPT News...
Posted by Patrick Dunleavy - Author at 2:41 PM No comments: