Barcelona Terror Imam - The Path From Prison to ISIS Soldier 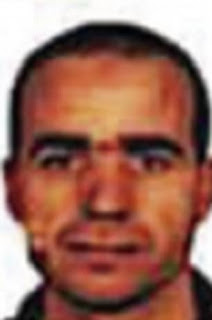 In the wake of the horrific terror attacks in Barcelona that killed 15 people and injured as many as 120, including 7-year-old Julian Cadman, authorities are trying to understand how a group of young Moroccan men went from football teammates who occasionally smoked marijuana together to radical Islamic terrorists.
The man who has emerged as the leader of the group and most influential in their radicalization is the imam from the Annur Islamic mosque in Ripoll, a small Spanish town near the French border.
Abdelbaki Es Satty was hired by the Annur Islamic Community in 2016. But before that, authorities have learned, he was an inmate in the Spanish prison system, convicted in 2012 for smuggling hashish from Morocco into Spain. People who knew him then said that he was not religious and occasionally smoked marijuana. Then he met several al-Qaida members in prison, including Rachid Aglif. Also known as "The Rabbit," Aglif was serving an 18-year sentence for his part in the 2004 Madrid train bombing that killed 190 people and injured more than 1,000.
It was there in prison where Abdelbaki Es Satty was believed to have been radicalized. Authorities from the Annur Islamic mosque said that they were unaware of Es Satty's criminal history and admitted that they did not properly vet him. They simply examined his knowledge of the Quran and felt that was sufficient.

They also seemed unaware that Es Satty became known to counterterrorism officials during an investigation into radical Islamic influences in the small seaside towns surrounding Barcelona. The investigation, dubbed "Operation Jackal," resulted in the arrest and conviction of five radical Islamists for attempting to send young men to Iraq to fight alongside ISIS.
So, two important themes in understanding radical Islamic terrorists are surfacing again, prison radicalization and someone "known to authorities." There is a third: Immigration. Following his release from prison, Spanish authorities attempted to deport Es Satty back to Morocco. An order for his expulsion from Spain was issued in April 2014 citing his criminal history as a narcotics trafficker. Spanish immigration law subjects any foreign national who is sentenced to a year or more in prison to deportation.

Es Satty argued that deportation violated his human rights and won an appeal.

He then was granted asylum, which gave him the right to travel throughout the European Union. He used this privilege to make several trips to Belgium, spending three months in a Brussels suburb called Vilvoorde in early 2016. That town has seen its share of radical Islamic influences, with as many as 30 young men leaving to fight with ISIS in Iraq and Syria.
Just after Es Satty left Vilvoorde, two coordinated terrorist attacks took place in Brussels that left as many as 35 dead and 300 injured. ISIS claimed responsibility for the attacks.

Abdelbaki Es Satty became an imam at the Ripoll mosque after returning from Belgium and began to draw young men to the jihadi cause. The process took at least a year. Small groups met in a van, and sometimes in Es Satty's sixth-floor apartment. When group members attended the local mosque, they took precautions to mask both their radical beliefs and their intimate relationship with each other.

Two months before last week's the attacks, Es Satty told the mosque he was returning to Morocco.

In fact, Es Satty went to a house in Alcanar, a town 120 miles south of Barcelona. There, along with several others, he began to construct improvised explosive devices to be placed in vehicles as car bombs. They used gas canisters and a highly explosive substance made from acetone and hydrogen peroxide known as TATP.
This was the same substance that was used in the Brussels attacks.

On Wednesday August 16th, two days before the Barcelona attacks, an explosion rocked Alcanar, destroying the house where the bombs were being built. Authorities first thought it was the result of a gas leak but, upon investigation, forensic trace evidence of TATP was found. Several charred bodies also were found in the house.

A lone survivor, Mohamed Houli Chemlal, was taken in to custody by police. Authorities believe Imam Abdelbaki Es Satty was killed in the explosion.
It was a fitting conclusion for someone whose life traversed the path from common criminal to radicalized inmate to a religious leader who deceived the minds of the young men of Ripoll.

Prison radicalization, open borders, lax immigration laws and the all-too-familiar case of a terrorist previously "known to authorities" have come to the surface once again immediately following a terror attack.

At some point, authorities must focus on these three areas and come up with a strategy to tighten the loopholes that allow radical Islamic terrorists to thrive.

With ISIS's continued losses in Syria and Iraq, it has now turned its attention and remaining assets toward the West, inspiring and exhorting people to attack in their home countries. They really don't care how many plots are thwarted or how many young lives are wasted. Death is their goal.

ISIS has claimed responsibility for these latest attacks and has hailed the Barcelona terrorists as soldiers of the Islamic State and "Caliphate soldiers in Spain."

If that is so then we must treat them as such – enemy combatants whether captured or killed.

Anything less is both foolish and dangerous
Read IPT News...


Posted by Patrick Dunleavy - Author at 10:36 AM No comments: 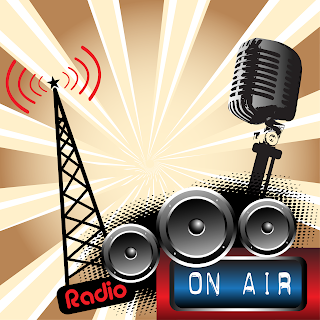 IPT Senior Fellow and Author Patrick Dunleavy discusses Islamic radicalization and the prospect of releasing radicalized inmates once their sentences are completed.

Listen to interview...
Posted by Patrick Dunleavy - Author at 4:08 PM No comments: 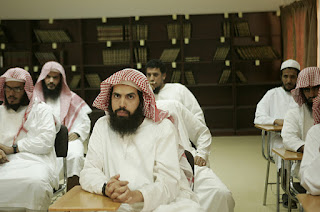 Posted by Patrick Dunleavy - Author at 1:12 PM No comments: