Brothers, Prison, and the Reign of Terror

Tuesday's deadly, coordinated attacks on the Brussels airport and Metro line marked the third major terrorist attack to have rattled the Europe Union since the beginning of last year.

Each was carried out by terrorists sharing the radical Islamist ideology pushed by the Islamic State. And they may include some overlapping conspirators. But we now know that the attacks all featured brothers who had spent time in prisons.

Most of the estimated 30 deaths in Tuesday's bombings in Brussels, Belgium were caused by suicide bombings by brothers Ibrahim and Khalid el-Bakraoui.
Both had extensive criminal histories and spent time in prison. In 2010, Ibrahim was sentenced to prison for armed robbery. The next year, Khalid received a prison sentence for carjacking and possession of a weapon.
As I have previously written, prisons can serve as incubators for radical Islamists.

The Brussels attack came days after authorities finally tracked down Salah Abdeslam, a key conspirator and the only known surviving terrorist from November's multi-targeted attacks in Paris which killed as many as 130 people and wounded more than 350.

Abdeslam's brother, Ibrahim, blew himself up in the attack at the Voltaire Cafe. Salah had extensive criminal history for petty crimes and was jailed in 2010 for robbery.
That was the second terrorist attack to strike Paris in 2015. In January, brothers Cherif and Said Kouachi entered the offices of the Charlie Hebdo magazine and killed 12 people. The attackers said they were avenging Islam's prophet Muhammad, who had been depicted in several unflattering images by the satirical magazine.

A subsequent attack at a Jewish deli by an accomplice of the Hebdo shooters resulted in the deaths of five more people, including a French police officer, Clarissa Jean-Philippe.

The Kouachis were known to authorities for prior criminality. Cherif spent almost two years in the Fleury-Merogis prison where he met and was radicalized by a fellow inmate and al-Qaida associate named Djamel Beghal. Cherif Kouachi's cellmate was Amedy Coulibaly.

Coulibaly was responsible for killing the French police officer and the four hostages in the Jewish deli.
Common threads, prior criminality, prison radicalization, brotherhood.

The United States is not immune from these links. The 2013 Boston Marathon bombing was carried out by brothers Tamerlan and Dzhokhar Tsarnaev.

In 2010, the New York State Police did a study on known terrorists and issued its findings in the Vigilance Report, a comprehensive analytical report to identify trends in major U.S. terrorism cases since 9/11. It showed a nexus to prior criminal history, be it arrest, probation, imprisonment, or parole, in nearly half of the perpetrators.

A more recent concern is the findings of the Congressional Research Service, which reports that within the next five years, more than 100 inmates in prison for terror-related crimes will be released. In light of that development, Assistant Attorney General for National Security John Carlin recently spoke of the dim prospect of these individuals having been cured of their radicalization tendencies. "There are [rehabilitation] programs for drug addicts and gang members [in prison]. There is not one [program] with a proven track record of success for terrorism," he said.

There is a registry for sex offenders when released, yet we have none for known terrorists. This omission doesn't seem right.

So where does that leave us? With a recidivism rate between 40-65 percent of common criminals, what is the prospect of one of these soon-to-be released terrorists returning to the jihad?

If we do not seriously address the problem beforehand we may find ourselves facing the same types of attacks as our European NATO allies in the not-too-distant future.
Read IPT News article...
R
Posted by Patrick Dunleavy - Author at 12:53 PM No comments:

More than four months after a black-clad loner with an Islamist-themed manifesto and a printed ISIS flag in his backpack stabbed four people on a California college campus, the FBI wrapped up its investigation Thursday by saying “it may never be possible to definitively determine” what motivated the bloody rampage.


The inconclusive findings from the probe of the Nov. 4, 2015 attack at the University of California Merced campus followed months of hesitation by local and federal law enforcement to link Faisal Mohammad’s stabbing spree to terrorism.


"Every indication is that Mohammad acted on his own; however, it may never be possible to definitively determine why he chose to attack people on the UC Merced campus,” the FBI’s Sacramento office said in a statement that avoided calling the attack an act of terrorism.
Critics say it followed a pattern in which the federal government downplays domestic terrorism even when there are seemingly obvious links. The flag, the manifesto annotated with reminders to pray to Allah in between stabbings – all reported in November by FoxNews.com, yet not confirmed by the FBI until this week, pointed early on to the 18-year-old Mohammad having been radicalized, say terrorism experts. Even the stabbings themselves, which came as a wave of terrorist blade attacks occurred in Israel, were indicators of an extremist motivation, say experts.

“The Department of Justice continues to process investigations of terrorism cases through the lens of political correctness,” said Dunleavy, who authored the 2011 book “The Fertile Soil of Jihad: Terrorism’s Prison Connection. “They go to great lengths to avoid the obvious, that is calling it what it is: Radical Islamic terrorism. It is as if by doing so, they will calm the public's fear, when in fact all their actions and statements only acerbate them.”

“Officials seemed to think that in order for an act to be connected to a terrorist organization, the deranged individual must have been in direct contact with Abu Bakar al Baghdadi specifically telling him what to do,” said Dunleavy. “They evidently haven't learned that the methodology used by radical Islamic groups like ISIS has changed. It has morphed and adapted to utilize social media and the Internet.” 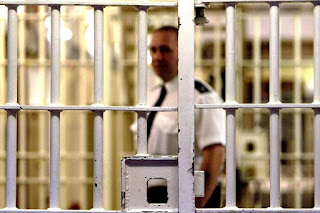 Posted by Patrick Dunleavy - Author at 12:23 PM No comments: