WHO'S TEACHING THE CLASS ? 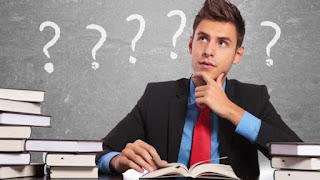 Ask any successful individual, "who was one of the most influential people in your life?" and very often the answer is a teacher. A good teacher can make all the difference in the world to an aspiring learner. But a bad teacher can have a disastrously adverse effect.

Such may be the case in Nashville, Tenn. where Davidson County Sheriff Daron Hall recently announced that he was partnering with the American Muslim Advisory Council (AMAC) to provide an instructor to lead a class called "Islam 101"  that will be taught to correction officers and other prison staff. The Davidson County Corrections Department has about 800 personnel and an inmate population that exceeds 2,000 offenders on any given day. With a captive audience of that size, it is vitally important to know what is being taught and who is doing the teaching. AMAC grew out of a project, called the "Muslim Rapid Response Team," which was initiated by the Tennessee Immigrant and Refugee Rights Coalition (TIRRC).

The rapid response team was formed to provide vocal opposition against an anti-terrorism bill being considered by the Tennessee Legislature. The bill, sponsored by Senate Republican Caucus Chairman Bill Ketron of Murfreesboro and House Speaker Pro Tempore Judd Matheny, R-Tullahoma, sought to enhance law enforcement capabilities in preventing terrorist attacks by converted jihadis in Tennessee. The bill targeted people who provided aid or material support to the individual committing the terrorist act.

This bill was offered in response to the 2009 attack by Carlos Bledsoe on a recruiting station in Arkansas which killed Pvt. William Long and wounded Pvt. Quinton Ezeagwula. Bledsoe, who was from Memphis, was raised as a Baptist before converting to Islam in 2004 at Masjid As-Salam in Memphis. Another incident motivating the Tennessee legislators was the February 2011 arrest of Khalid Ali-M Aldawsari for conspiring to blow up former President George W. Bush's home in Texas. Aldawsari had come to the United States from Saudi Arabia on a student visa and attended Vanderbilt University while living in Nashville.

That AMAC would oppose any law that would seek to protect the citizens of Tennessee from terrorist attacks by jihadists is disturbing. Putting the group in charge of teaching its version of Islam in the prison environment is alarming.

Why? Because we know that the potential for Islamic radicalization in the prison system is very real.  Tennessee Department of Corrections' Commissioner Tony Parker acknowledged the threat when he testified before the House Committee on Homeland Security in 2015. At the time, Parker was an assistant commissioner; he was later appointed Commissioner by Governor Bill Haslam in June 2016)

Since 9/11, prison radicalization has produced numerous people hoping to go to paradise,  willing to kill innocent men, women, and children in the name of Allah. That group includes people like Jose Padilla, Michael Finton, Kevin James, James Cromartie and more. In Europe, the perpetrators of the recent attacks in Brussels, Copenhagen, Paris, and Toulouse were radicalized while incarcerated for petty crimes.
Investigators found that one of the radicalizing agents in the process came from clergy and religious volunteers holding extremist views of Islam, who had not been properly vetted by law enforcement.

This development first came to light with the exposure of Warith Deen Umar, former head  Islamic chaplain of the New York Department of Corrections, where I had worked for over 26 years as the deputy Inspector General in charge of the Criminal Intelligence Division. Umar was also a U.S. Bureau of Prisons chaplain. In 2003, he gave an interview to the Wall Street Journal, in which he called the 9/11 hijackers heroes and martyrs. He went on to say that prisons were "the perfect recruitment and training grounds for radicalism and the Islamic religion." Umar also was an official in the Islamic Society of North America (ISNA), a Muslim organization which sought to be the certifying body for Islamic prison chaplains in the United States, but was rejected by the FBI because of its connection to the Council on American Islamic Relations and the 2007 Holy Land Foundation terrorist financing case. The Holy Land investigation unequivocally established that funds from Muslim organizations in the United States were being funneled to Hamas, an Islamic terrorist organization. Tennessee's AMAC is an affiliate of the Islamic Network Groups, whose founder and CEO Maha El Genaidi  previously advised American Muslims not to talk with FBI agents without an attorney present, and to contact CAIR  or MPAC of any investigative inquiries.

Sheriff Hall and the Davidson county officials should follow the lead of fellow Tennessean Stephen Fincher before allowing the AMAC teach Islam 101 in their correctional system. Fincher, a three-term congressman from Tennessee's 8th congressional district, recently introduced a bill (HR 4285), the "Preventing Terrorism from Entering Our Prisons Act."  It would mandate the thorough screening of volunteers and religious workers for terrorist links before granting access to any prison. This was also the recommendation of the DOJ's Inspector General in 2004.. Failure to implement this requirement, the IG noted, would only exacerbate an existing problem.

Allowing Islamic clergy into the jail without proper vetting is akin to putting the fox in charge of the hen house. And we all know how that story ends.
Published in IPT News....


Posted by Patrick Dunleavy - Author at 4:57 PM No comments: