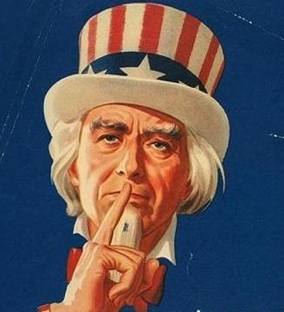 Posted by Patrick Dunleavy - Author at 3:37 PM No comments:


The California college student who stabbed four people last week was carrying an image of the black flag of ISIS according to a report Tuesday, as well as a handwritten manifesto with instructions to behead a student and multiple reminders to pray to Allah, yet authorities continued to insist Faisal Mohammad's motives had nothing to do with radical Islam.

The 18-year-old, who was killed by a campus police officer to end the Wednesday morning attack, was a loner who was incensed at being booted from a study group, according to Merced County Sheriff Vern Warnke. But the extreme way Mohammad dealt with his rage, the presence of the printout of Islamic State's black flag and the deadly plans spelled out in the two-page document he carried could indicate there was more to the attack than simple rejection.

"This fits exactly with what ISIS is looking for, individuals to go and do an act of terrorism unilaterally," said Patrick Dunleavy, former deputy inspector general of the New York State Corrections Criminal Intelligence Unit and author of the 2011 book “The Fertile Soil of Jihad: Terrorism’s Prison Connection. "The fact that he may have been kicked out of a study group does not preclude this being a lone wolf act. It only needs some sort of trigger, which could be totally unrelated to Islam, that causes him to act on his rage and attribute it to Allah."

"ISIS is not looking for a few good men; one crazy will do."

Dunleavy likened it  to the case of Alton Nolen, who allegedly beheaded a former co-worker at a food plant in Oklahoma City in 2014. While he was angry over a workplace issue, his actions were likely the result of radicalization, said Dunleavy.

Read More...
Posted by Patrick Dunleavy - Author at 8:09 AM No comments: